Outfit Ideas for BOTH Guys and Girls ~ Links Included 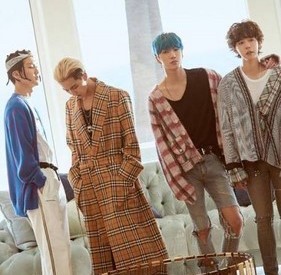 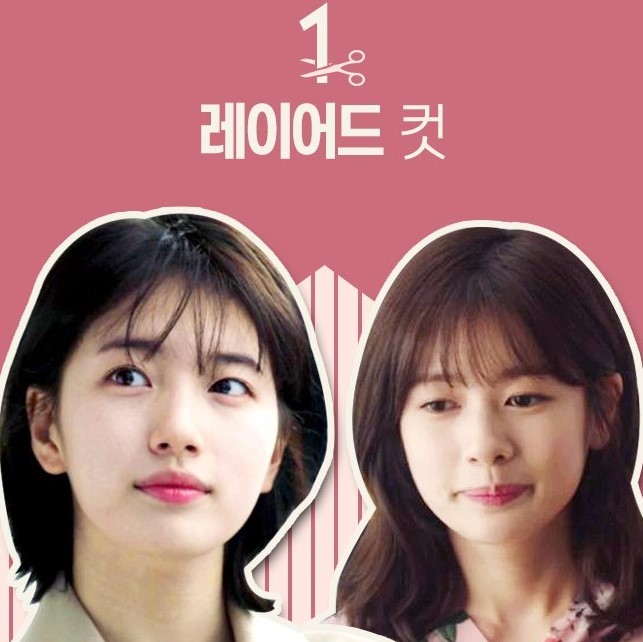 Inspired by the Black Soul of BTS 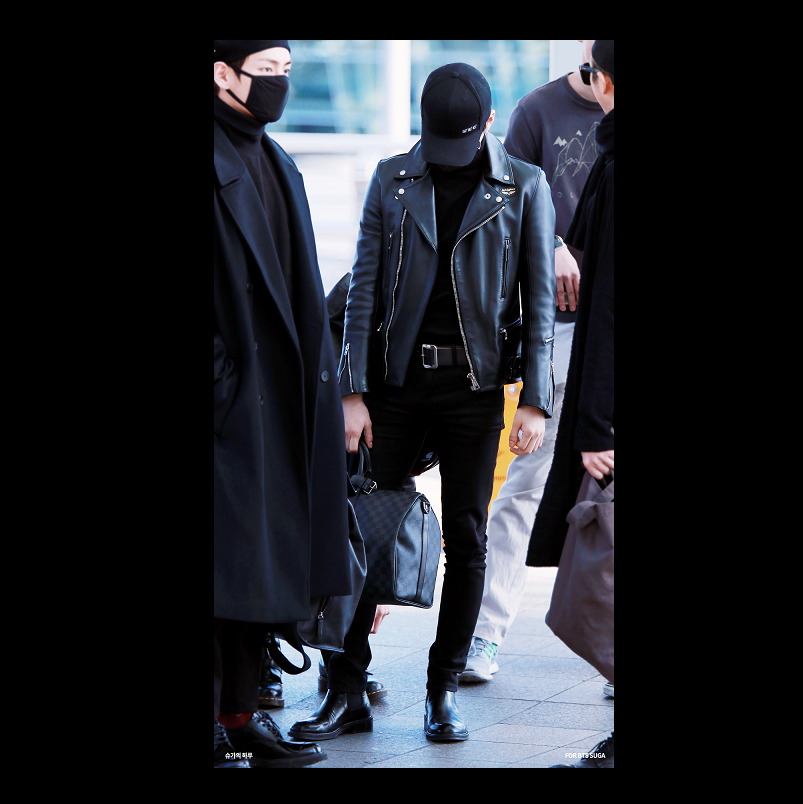 There’s probably a fair amount of Kpop fans that have gotten into Korean skincare. After all, you can only look at some Kpop idol’s skin for so long before you wonder what they’re doing that you’re not!  That goes for K-Drama fans as well. Everyone in the Hallyu wave has at least had a taste of Korean Skincare and K-Beauty culture! And, even if you’re not a Kpop fan, chances are that you’ve at least tried a few K-Beauty curations! Sheet masks, BB Creams, and essences are just a few of the Korean products that have become popular, even in the West! And while K-Beauty has become a lot more popular, with more and more folks digging for more secrets, not everything has been revealed yet! We’ve still got a few tricks up our sleeves! One of those tricks is something that we calle Leave On Cleansing. Confused? We were too. But, this is a super simple and life-changing hack for everyone that’s just trying to get a step closer to skin-perfection. And, it’ll take less than 30 seconds to do!

So, you’re probably wondering what “Leave On Cleansing” could possibly mean. The key is to not overthink it. Like the name, you would leave your cleanser on you face! Still confused? Let’s break it down a bit.

Here’s what you’ll want to remember when you do “Leave on Cleansing” :

So, what do you do now? Here’s the simple hack that we’ve all been waiting for!

It’s pretty easy, right? But why, you might ask? Like the rest of your skincare products, cleansers have some of their own skincare benefits. Whether it be tea tree oil or salicylic acid, most cleansers have some sort of skincare benefit. The longer they are on your face, the more that they’re able to work on your face. If you only use your cleanser for 10 seconds, it’s only got 10 seconds to work its magic. Give it a little more time, and your skin will thank you later!

K-Beauty- Cleansing Tools and their Uses

It’s been announced ‘s that BTS’ DNA comeback was played on more than 170 radio stations across Canada and the U.S! Who’s heard it playing on their local radio station? This long-awaited comeback definitely surprised all of us with the popping color and colorful hairstyles, and BTS Taehyung’s DNA hair especially had me wondering, “So which one will he have for the live performances?”  Well no need to wait anymore, as we’ll look at each of Taehyung’s DNA hair looks ~

I know we’re done with the traditional, Asian bowl-cut by now, but Taehyung’s DNA hair was quite a surprise. He can actually pull off the bowl-cut look! But V also combines it with more trendy looks, including sea-green highlights at the roots.

So, has anyone figured out how Kpop idols change their hair color so often? I mean, in this MV, Taehyung literally has 3 different hair colors! These two looks transition from the previous sea-green to an ash-brown, greyish hair color.

A little spin-off of the bowl-cut, instead of cutting the same length all around the head, Taehyung’s hair is styled longer in front than in the back. This eliminates the awkward poof that comes from the traditional bowl cut hair. He keeps his hair straighter here, which gives off a manlier, untamed vibe.

There’s really no look BTS’ Taehyung can’t pull off. This curly hairstyle was created through the use of heat for effortlessly natural waves. The voluminous hairstyle places more emphasis on his tiny face and sharp jawline.

You see this bounciness…the fluffiness, the adorableness that is Kim Taehyung?! While both showcasing bandanas and curly-hair looks, the first is closer to the trending frayed, messy waves while the last is much more bouncier and curlier, with Taehyung almost resembling a little puppy.

Which of Taehyung’s DNA hair looks is your favorite? Let us know below!

You’d think that after all the different bangs that trended in Korea, there isn’t any more varieties left! From blunt bangs, see-through bangs, and heart bangs, Kpop idols have been through it all, or so we thought. It looks like a new variety of bangs was created by none other than Tiffany herself! It’s a blend of the See-Though and Choppy bangs. While Girls Generation was on one of their trips abroad, Tiffany had this iconic hairstyle back in August of last year. She had this new hairstyle on a while back ago, so it’s pretty surprising that it isn’t trending right now! I can’t believe I only found out about it just now, so I want to make sure that you guys can have a look at it too! Here’s another way to cut your bangs! Tips from SNSD’s Tiffany herself! Keep reading to look at Tiffany’s Cropped See-Through Bangs!

At first glance, Tiffany’s bangs probably don’t look very special. But, there’s a few small changes that she has in her hair that makes it so much more different than the other bangs that are trending right now.

First thing to note is how thick her bangs are. They aren’t full-out blunt bangs, but they aren’t as light as see-through bangs typically are either. It’s a nice balance between the two. It’s probably good for people who want to just experiment with see-through bangs. Some days, you can clip some of your hair back so that the bangs are thinner, and other days, you can just have a full face of bangs without the bangs looking too thick. It’s a dual look!

Next thing to notice is the length of her bangs. Most see-through bangs, or other trending bang styles, have the bangs going a little past the eyebrows. In some cases, the hair pokes their eyes too! You probably get the idea that most bangs these days are long. Tiffany’s bangs are pretty short! Sure, they aren’t as short as Sulli’s Cropped bangs, but they aren’t as long as Eunji’s bangs either. Again, she’s got a nice balance going on here. Her bangs are short enough to look “edgy” and cool without her having to look too daring. Plus, her hair won’t be poking her in the eyes all the time, so that’s probably a nice thing too.

Bandana has been a Kpop fashion classic for at least a solid 5 years. It can be used for a playful, hipster, or even cutesy concept! It’s definetely a go-to fashion item for both boy group and girl group stylists! From IOI to Big Bang members, first, second, AND third generation idols, there isn’t any idol that hasn’t tried this trend! Huge thank you to whoever started it in the Kpop world! So, yeah, bandanas have, are, and hopefully always will be, in style! And what’s a better way to show the power of the bandana trend than the top-trending boy group wearing it? You know who we’re talking about. BTS just broke the Billboard Hot 100, AND Billboard Hot 200 record for a Kpop group! What else could be a bigger trending group? BTS came back with “DNA,” but their track “Go Go,” which they performed a couple times, is definetely a fan-favorite. Especially that vine move! So, instead of rambling on and on about BTS “Go Go” performance, let’s go through BTS Go Go Bandana Fashion, my favorite part of their stage! And if you’re really curious, watch their “Go Go” performance if you haven’t already!

Here, Jin went for a plain, solid bandana. It matches his hair so well, you might miss it the first time you look! I kind of like the method that his stylist used. Since the black matches his hair color, it makes it look like his hair is really voluminous, that is, until you can spot the bandana! Is this the next trend for volumizing male idols’ hair? We’ll find out soon! I think it’s a possibility, so keep your eyes peeled, everyone!

For BTS’ next “Go Go” stage, Jin was wearing a sports-styled bandana! It’s still a black bandana, but the white stripes on this bandana add a sporty touch.

I know it’s the same look, but I found a gif, so why not share it? I hope you don’t mind! Taehyung’s pretty famous within the whole ARMY fandom for the legendary looks he creates every time he wears a bandana. So, it’s pretty natural that he was one of the only BTS members who wore a bandana for Go Go! Taehyung’s wearing a light blue-ish or gray-sih bandana with letters or words that I honeslty don’t know at the moment. I’ll be sure to add what it says, or where the bandana is from if I can get the info!

Looking for more BTS and Bandana Fashion posts? Check out the ones below!

Wanna One has risen to stardom, and fans were delighted to see them perform at the 2017 Gangnam Festival, as heard by the screaming fans. Fans could see a cute trend in the outfits of the members, which was an added touch to their unified team performance, so let’s take a look at Wanna One’s Plaid Fashion Looks!

Jinyoung wears a short-sleeved, dark green plaid shirt with faded denim jeans. What’s unique about his plaid look, though, is in that collar. While the bold, white collar might seem awkward with the dark plaid at first glance, it actually makes Jinyoung to look more stage-ready than he would with the usual plaid T-shirt and denim jeans while also bringing a pop of brightness into the outfit.

Minhyun shows us a much more casual look with his long-sleeved, button-down plaid shirt. He keeps the top buttons unbuttoned because of the heated stage (but most likely for the fanservice). This plaid look would be perfect for warm weather, or the stage, where you’ll be wanting something light and breezy.

Kang Daniel’s look is the most unique look I’ve seen within Wanna One’s plaid fashion that incorporates plaid patterns. Daniel’s oversized plaid shirt is unique in that it’s bigger and baggier than the other members’ but if you look closely, you can see that it actually has three different patterns within the piece! There’s the signature plaid patterning along with a Burberry-like pattern and a black-and-white checkered pattern. For those of us who just can’t decide which pattern to wear or if you look good in all of them, like Daniel, this plaid shirt is the way to go.

Seongwoo oozes ‘boyfriend material,’ and his plaid shirt definitely ups that gentleman appeal. Seungwoo wears a black and white patterned plaid shirt, but without the full, buttoned-down look. The buttons only go halfway down the normal length and open-up to reveal a slight, collar-like design near the neckline.

Sunghoon shows us the trendiest side to Wanna One’s plaid fashion with bright red and the bold lettering graphic (which is another trend you can read about HERE) at the back of his plaid shirt.

What did you think? Will you be wearing a lot of plaid this fall, and do you think you can pull it off like these WANNA ONE members? Let us know~